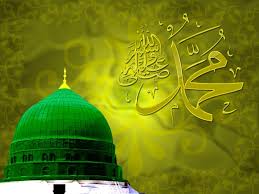 Rabi’ Ul Awwal (ربيع الأوّل) is third month in the Islamic calendar, and the date of birth of our beloved Prophet Muhammad (PBUH). During this month, majority of the Muslims celebrate Milad (An event is based on Naat-ay-Mehfil, Na`at is a poetry that specifically praises the Islamic Prophet Muhammad PBUH)
The month of Rabi ul Awal is highly significant for all Muslims across the globe. Most of Muslim celebrate this day as a religious festival each year. While some Muslim Scholars claim that in Islam it’s not right to celebrate any birthday or anniversary, so some debates emerge from this statement too. But this is considered to be a very blessed month people pray, fast, organise Milad and do charity as much as they can.
However we all Muslims need to be very careful and strictly avoid Shirk and Bid’ah; In Islam, shirk is the sin of polytheism. i.e The deification or worship of anyone or anything other than the singular God, or more literally the establishment of “partners” placed beside God. Whereas Bid’ah, refers to innovation in religious matters. Linguistically the term means “innovation, novelty or heretical doctrine”. Any amendment, alteration or addition in religion is strictly not acceptable in Islam rather than being emotional we need to be factual and stop adding things as per our needs.
Some acts to be carried out on 12th Rabi ul Awwal Eid Milad Un Nabi are mentioned.

*To Be In Ablution all the time (Wudu/Wozo)

*Try To Pray As Much As You Can

* Recitation Of Darood Sharif Is Preferred

* Stay Up All Night Recite The Holy Quran and Attend Naat Mehfils.