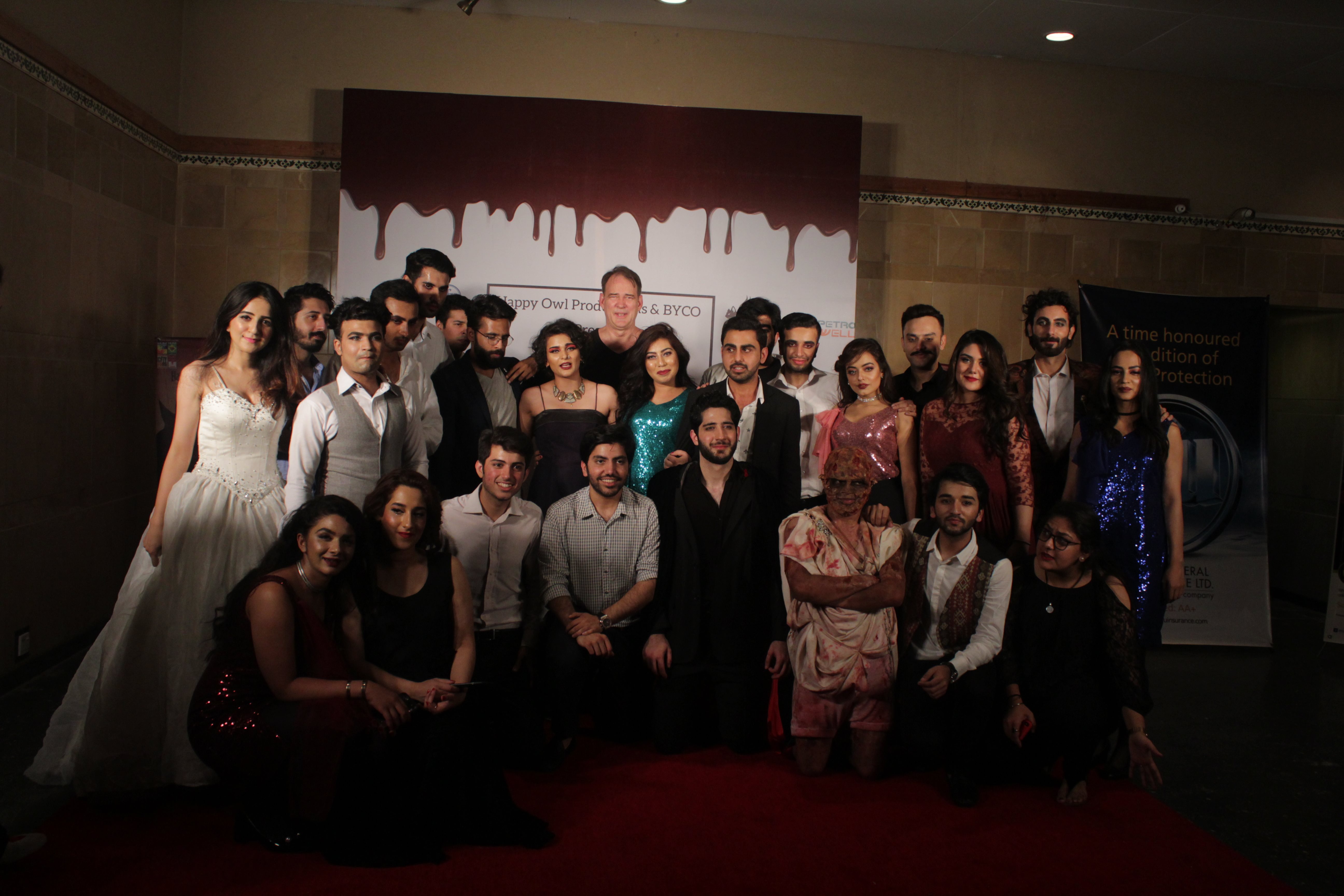 After a huge success in Lahore, Dracula – a classic musical theatrical play put together by Happy Owl Productions Lahore and projected as a Dz theatrical extravaganza (dz) was hosted at the Arts Council Theatre Academy in Karachi. The team intends to bring back theatre across the country, introducing state of the art graphics on stage. Directed by Saihaam Gulzar Khan and Mahnoor Zaidi and produced by Maaz Khan Alvi and Ridda Ali, this drama thriller promises romance, music, dance, action and much more. Dracula is a tale of love, loss and redemption.The play was adapted from a novel, Dracula by Bram Stoker. The plot revolves around the protagonist, Dracula, played by Daniyal Ayat, and the countess, Mina, played by Jahan Ara Chughtai, in a turn of events divided between classical era’s setting in Transylvania, Eastern Europe to the modern period between the end of 19th century and the beginning of 20th century England. Director, Saihaam Gulzar Khan said, Dz I started Happy Owl Productions because I am passionate about theatre and film and I plan to revamp it across the nation. This project Dz Dracula (dz) is something really close to my heart. After a year of hard work, I can say my dream did come true and we got a great response in both cities. I am really happy to have worked with such an amazing team. We have a lot more planned for the future.dz The audience was in awe of the performance of the play with artful music and dance performances by the cast and termed it a unique experience.

PR for the theatre play was managed by Catalyst PR and Marketing. The play was performed from 10th to 13th May at the Arts Council. Tickets were available at Mocca, Agha’s,Evergreen and online at easytickets.pk

Mothers Day Brunch By CatWalk In Collaboration With Marcels