Hey Chicken Lovers! Look What Pepsi-Cola Brings For You? 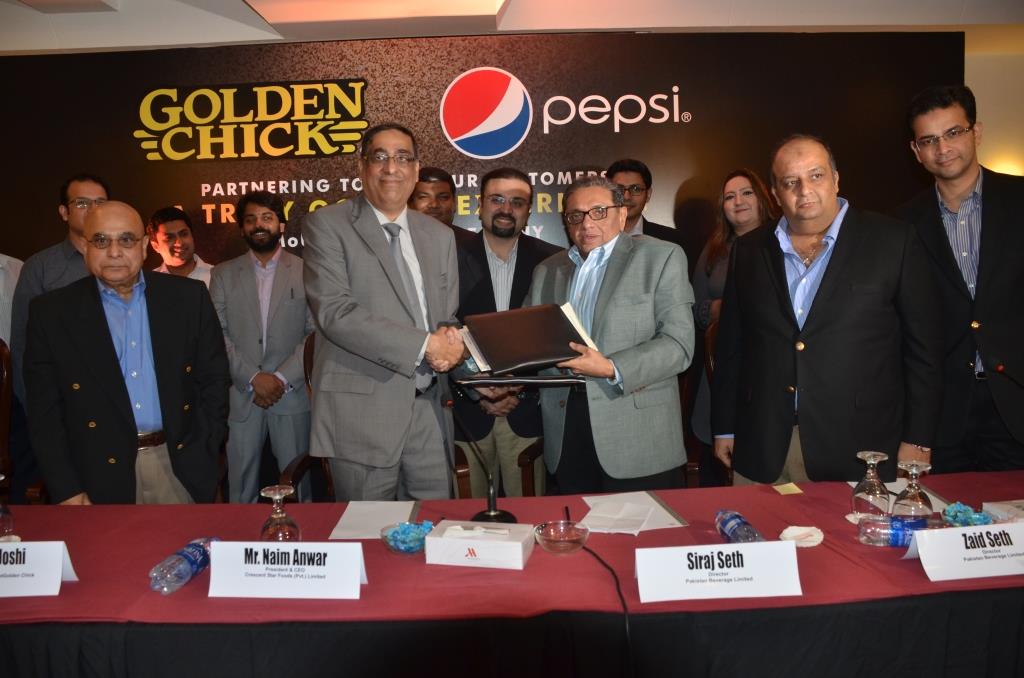 Golden Chick, one of America’s favorite fast food brands is now coming to Pakistan with the first store slated to be opened at Dolmen City Mall, Karachion May 16, 2016. Pakistan is the first country outside the US where Golden Chick has decided to extend its operations which is proof positive of the confidence that the international market has in Pakistan. This is amazing news for foodies as they always prefer variations in food. If we talk about International food brands we still need more and more of them in Pakistan’s market.

“Pepsi is excited to be partnering with GoldenChick in Pakistan” quoted Jamal H. Shirazi the Head of Key Accounts for Pepsi-Cola Pakistan. Pepsi-Cola International joined hands with Golden Chick recently at an elaborate ceremony that was attended by senior leadership teams from both organizations as well as media representatives. Mr.Agha Muhammad Khan, General Manager of Pepsi-Cola International for Pakistan Beverages Limited and Mr. Naim Anwar, Chairman/CEO of Crescent star Foods (pvt) limited has signed an exclusive agreement for supply of carbonated and non-carbonated beverages to Golden Chick in Pakistan.

“Pakistan has a high demand for chicken, and Golden Chick will offer a great menu, high level of service, and overall feel that will appeal to Pakistan’s fast food consumer. Golden Chick will not only offer fried chicken, but chicken tenders and roast chicken as well, which will add another layer of differentiation. The initial plan is to open three restaurants during 2016 with a target of thirty outlets in the next few years. The chain is to make first foray into the country with plans to invest PKR 300 million,” said Naim Anwar, President and CEO of Crescent Star Insurance Limited (CSIL), and Crescent Star Foods Limited.

According to Mr. Shirazi, “As the leading beverage company in Pakistan, Pepsi is proud to join hands with the GoldenChick restaurant chain.Together, we aim to provideour consumers with tasty Food & Beverage products of the highest quality and service” 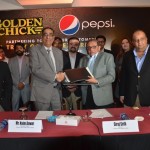 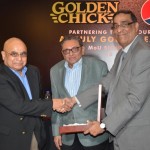 3 thoughts on “Hey Chicken Lovers! Look What Pepsi-Cola Brings For You?”