“Muslims are mad dogs, which must be removed from the country to save Buddhists”. Ashin Wirathu face of Buddhists in Myanmar in his sermons . 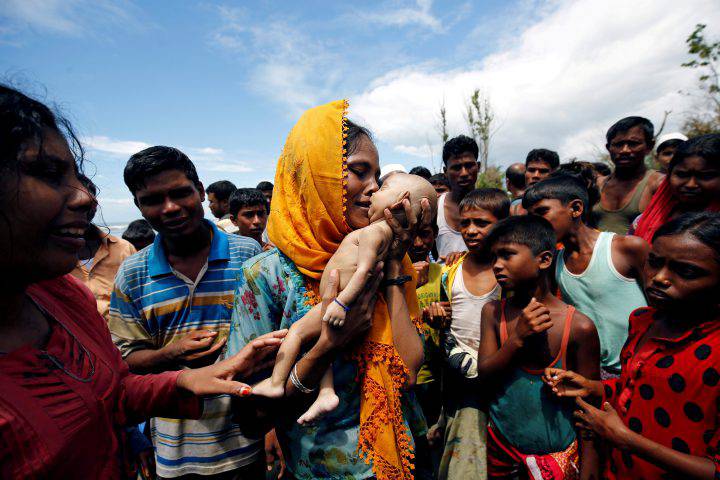 The general questions people have in their mind are: Who are Rohingya? Who are the Muslims of Myanmar? How and why are they being persecuted? And why they aren’t recognized by Myanmar government?

The Rohingya are often described as “the world’s most persecuted minority” They are an ethnic group, majority of whom are Muslims, who have lived for centuries in the Buddhist majority Myanmar. Currently, there are about 1.1 million Rohingya Muslims living in the Southeast Asian country. The Rohingya Muslims speak Rohingya or Ruaingga, a language that is distinct from other spoken in Rakhine State and throughout Myanmar. They are not considered one of the country’s 135 official ethnic groups and have been denied citizenship in Myanmar since 1982, which has effectively rendered them stateless. Fifteen Lakh Muslim population of Rohingya are the most persecuted minority in the world. Mynmar was formerly known as Burma. Myanmar government doesn’t accept them by giving a reason that their forefathers were not from Myanmar before the British era. This has led many Buddhists to consider the Rohingya as Bengali, rejecting the term Rohingya as a recent invention, created for political reasons. While Rohingyans disagree from the fact given by Buddhists and say that their ancestors lived in Myanmar from 8th century.

Historical facts tell us about “Rohingya” that: In era of 8th century in the time period of Khalifa Haroon Rashid, bunch of Muslim merchants came for trade at Myanmar, with the trade they had an idea of preaching Islam so that they bring change in others life too. The people of the state ARAKAN were impressed from the teachings of Islam and converted to the Religion of peace and harmony, Islam.

In 1430, the king Sultan Suleiman Shah of ARAKAN also converted to Islam. He built Mosques, Madrassas and a lot of institutes. For more than three centuries Muslims ruled this state; even on the currency of ARAKAN “KALIMAH TAYYABA” was embossed. In 1826 British East India Company entered here. According to the policy of divide and rule, they created misunderstandings between Muslims and Buddhists. The quarrel was getting more severe day by day. First brutal Arakan Massacre happened in 1942. In 40 days 150,000 Muslims were martyred. In 1978, operation against Rohingya Muslims was worst, houses, Mosques, Madrassas (religious institutes) were burned and  Muslims were sent to the prisons. More than three hundred thousand Rohingya Muslims have to migrate Bangladesh, thousands went to Pakistan, Malaysia and Saudi Arabia. Eventually Rakhine Buddhists occupied the space which Muslims left. In fact they renamed ARAKAN as Rakhine later on and officially its called Rakhine now.

Azaan (call to prayer) is prohibited in this state, Muslims are prohibited from prayers, they are not allowed for slaughtering, they cannot marry and have children without the government’s permission moreover for travelling from one state to another in the same country they need permission. By doing  planned Genocide of Rohingya Muslims, Myanmar government want Rohingya Muslims to leave the country. Bangladesh is also not accepting more Rohingya Muslims.

As crisis started getting worse more than 400,000 Muslims left to save their lives and entered Bangladesh. They living in open skies & some in make shift camps in Bangladesh. More than 200,000 are in Pakistan where as 24,000 are in Malaysia. Turkey is the first Muslim country who raised the voice against this genocide. First lady of Turkey along with Foreign Minister, officials of Turkish Red Crescent visited the Rohingya Muslims refugee camps in Bangladesh. Pakistani media is highlighting and is vocal on this issue.

Pakistan Awaami Tehreek, on the special instructions of PAT leader Dr Muhammad Tahir-ul-Qadri, took out protest demonstrations in over 114 cities across the country to express their condemnation of brutalities being committed on the Rohingya Muslims and demonstrated their solidarity with them. The public meetings, which were attended by a large number of people belonging to different walks of life strongly condemned the genocide of Rohingya Muslims by the Myanmar government. The rally in Lahore was led by Khurram Nawaz Gandapur, addressing the participants of the rally, while Dr Qadri’s verdict on atrocities was “UN should directly intervene in Burma because the government there has miserably failed to protect the Muslim community that has been living there since centuries. He said that the government has joined hands with the killing mafias. So-called ruler of Burma, who is also a human rights activist, if had a bit of honour, she should have returned her Nobel Peace Prize and left the government.”

“We stand by the Burmese Muslims in this hour of immense grief and share their sorrows. The international powers should not show expediency and allow the shedding of human blood for their vested interests. They should intervene immediately and stop the followers of Buddhism and the Burmese Army from inflicting violence on the helpless Muslims.” (PAT) Secretary General, Khurram Nawaz Gandapur, said.

In an open letter to United Nations Secretary General António Guterres, Pakistan Tehreek-e-Insaf chief Imran Khan has condemned silence and inaction of the UN on the genocide and plight of Rohingya Muslims in Myanmar. The letter recalls that earlier in June 2015 also, Imran Khan had written a letter to the UN secretary general voicing concern over the plight of Rohingya Muslims and to seek a strong humanitarian response from the world body.

But, unfortunately nothing happened and today genocide of the Rohingya Muslims is taking place in Myanmar while the international community is remaining silent.

Couple of years ago one of the representatives of United Nation said: “Myanmar government is not allowing Journalists and Social Activists to visit and raise their voice against this genocide. From Pakistan, Al-Khidmat social worker team sent it’s people to Bangladesh refugee camps to help these helpless people, team was based on doctors and volunteers PIMA (Pakistan Islamic Medical Association) also visited to help these innocent people. When in Indonesia East Timor and in Sudan Darfur issue can be resolved why in Myanmar, Arakan issue cannot be resolved?

“The Buddhists are lying, they are jealous of our peaceful religion, they are insecure of Islam that their Buddhists might convert to our religion so they find any possible excuse to wreck havoc on us.” One of the Religious Scholars from Myanmar said.

Ashin Wirathu is a face of Buddhists in Mynmar, in his sermons he called Muslims mad dogs that must be removed from the country to save Buddhists, majority to save is the agenda. Other monks also call Muslim as violent community even though they are brutally being killed. More than 2500 monks live and study under wirathu as his radicalism has increased so as his following is increasing. Another question emerges and that’s where Islamic Military Alliance Works?

The Islamic Military Alliance (IMA) officially the Islamic Military Alliance to Fight Terrorism (IMAFT) it’s an intergovernmental counter-terrorist alliance of countries in the Muslim world, united around military intervention against ISIL and other counter-terrorist activities. IMA was a hot topic in Pakistan and in international media. Why this so-called IMA is not going to Protect Rohingya Muslims in Myanmar? Why not in Palestine? Why not in Occupied Kashmir?

However the governments of Pakistan and Myanmar were in “advanced negotiations” to licence-build the JF-17, a single-engine multi-role fighter jet, IHS Jane’s Defence Weekly, an independent defence news agency, reported. This news was readable across newspapers in February 2017.

Thailand is Budhist country, South of Thailand is Muslim dominated it has a turbulent history, North of Thailand is connected to Burma and it has a history of refugees too. If Muslim insurgency arrives in Thailand it will eventually affect this country too. Thailand Defence Minister summoned Burmas Chief of Army Staff because Thailand can’t afford any insurgency as annually average 2.5 crore tourists visits Thailand. 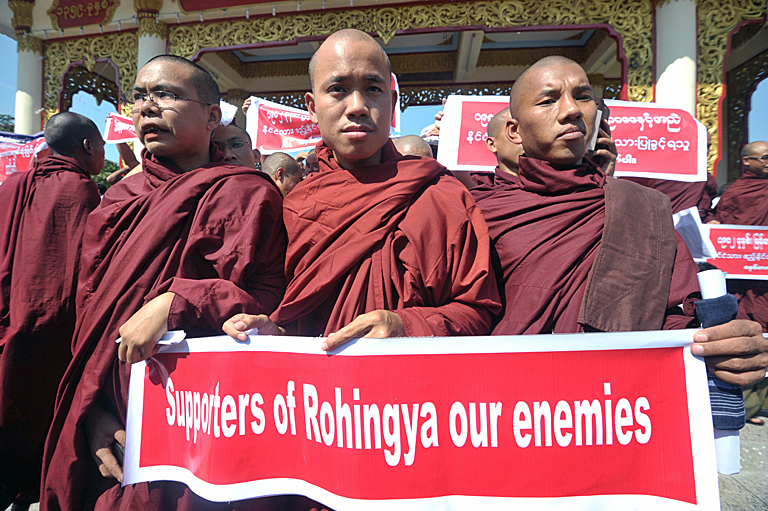 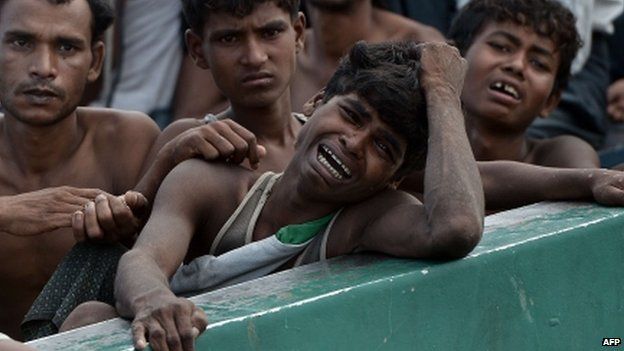 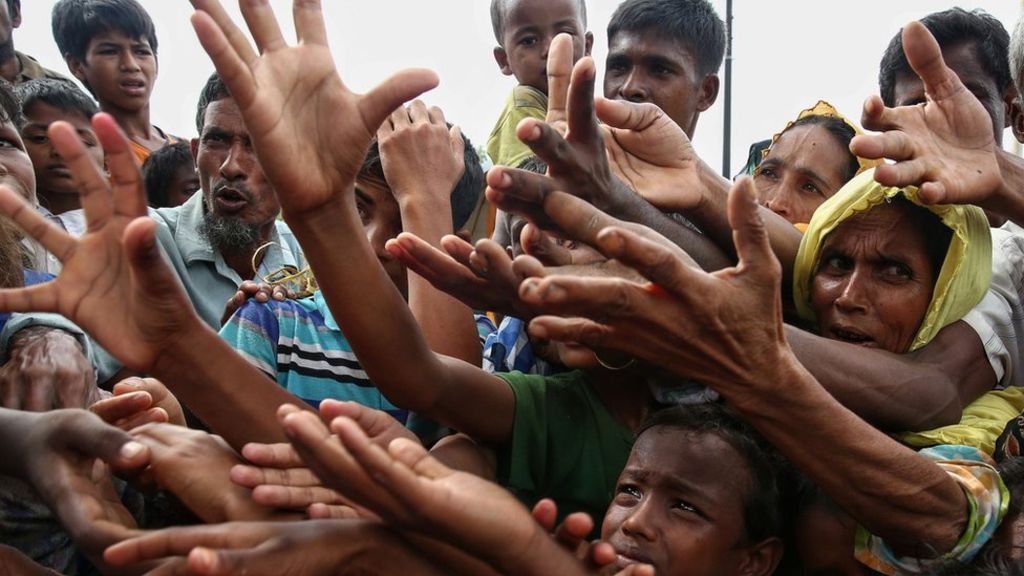 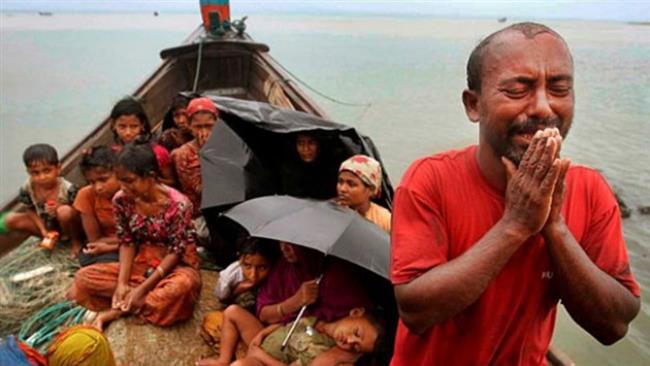 Rahul Aylani Adds Colour To The Event Of 70th Independence Day Celebration Of Pakistan At MAJU.