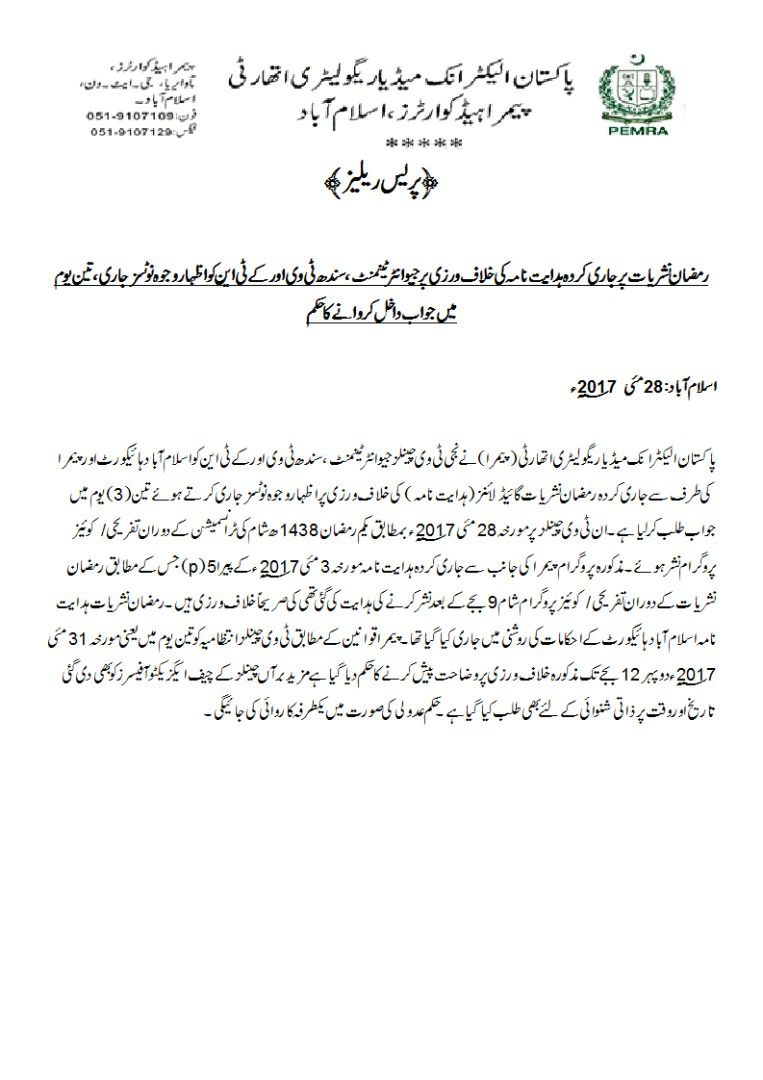 PEMRA issues Notices to channels including Geo Entertainment, Sindh TV and KTN these channels have to file a reply within three days if they fail to do so the decision will be taken in their absence. The notices were issued due to the violation of the code of conduct of Ramadan transmission guide line. On 28th of May, 2017 first Ramadan these channels aired entertainment game shows. Whereas PEMRA issued the guide line on 3rd of May, Monday 5:00 PM which clearly stated that entertainment game shows will be aired after 9:00 PM this code of conduct was issued on the instructions of Islamabad High Court. These channels are instructed to send their reply with clarification of violation on this guide line moreover they will be called for personal hearing too.

Media needs to be responsible and should understand that they are a part of state known as Islamic Republic of Pakistan. Any content violating the Islamic Laws, is also considered unconstitutional and being a Muslim its the duty of every Pakistani especially Media to be truthful and they need to stop the airing of recreational programs during Ramadan.

Rahul Aylani Adds Colour To The Event Of 70th Independence Day Celebration Of Pakistan At MAJU.