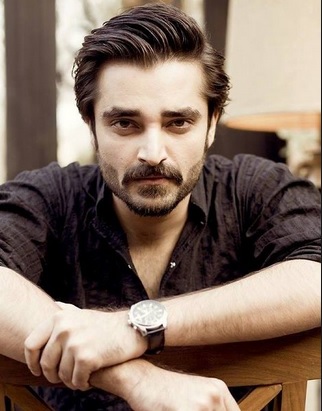 Humza is accused of not having appropriate behaviour towards religious scholars, after asking a question he never gave them proper time to speak and interrupted them again and again which made them confuse. Moreover Humza called religion Islam near to secularism, on which one of the scholars replied Islam is a complete code of life one can never compare it with secularism or communism.

The media regulator directed both TV channels to immediately stop airing the said programmes, failing of which will end up in the removal of their transmissions on cable. It all began with actor Hamza Ali Abbasi questioning the oppression of Ahmadis during one of his programmes on Aaj.

This triggered a harsh response from a religious cleric who allegedly threatened Hamza of ‘dire consequences’ in another TV show on TV One. Soon after the notification was issued, the actor took to social media and said: “There is a divine pleasure in suffering in the way of Allah (SWT) and his beloved Prophet and Messenger Muhammad (S.A.W).”

The notice further warned that in case any of the said hosts Hamza Ali Abbasi & Shabbir Abu Talib talk about controversial subjects in any programme of other channels, those programmes will also be banned immediately. “PEMRA has forwarded this case to its council of complaints in Karachi, which will announce its decision on June 20 after listening to all the parties concerned, who have already been issued notices,” the statement said.

The media regulator has, however, allowed the said TV channels to continue their Ramazan transmissions with new hosts until PEMRA’S council of complaints announces its decision in the matter.

Audience showed great aggression and says that it’s a wise and correct decision taken by PEMRA according to situation of our society. He was trying to talk on law which was made after a long research, the 1974 constitution was made after a lot of efforts and Bhutto is considered as one of the responsible politicians of Pakistan. Talking on religion needs a lot of knowledge and patience.

If you are also embarrassed in front of Allah, Ramadan is the month of blessings for you.