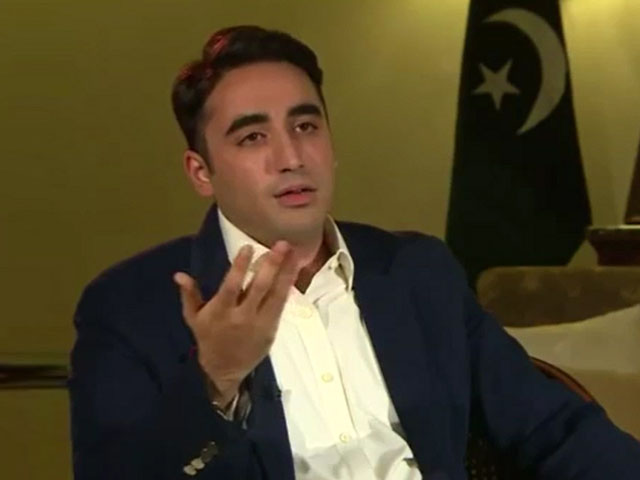 Awareness and Education vital to battle child abuse, skill based education to become part of curriculum in Sindh. Pakistan Peoples Party (PPP) Chairman Bilawal Bhutto-Zardari says the Sindh government has introduced child rights and set up child protection units in all the 29 districts of the province.

Appealing to the other provinces to follow Sindh’s initiative, he said the Sindh government had also decided to introduce life skills in school curriculum from the next academic year so that the children would know how to act in a difficult situation.

The PPP chairman said life skills were first introduced informally in 200 schools in the province in 2009, including SMB Fatima Jinnah Government Girls School in Karachi, which is managed by singer Shehzad Roy.

“We initially feared negative reaction from parents but it received positive response from them and teachers alike as it was meant to teach children how to protect themselves against any abuse.

“Earlier, people did not discuss child abuse openly but after the Zainab incident they want to find out the solution to such problems,” he added.

Bilawal said promotion of education was must to avoid Kasur-like incidents.

The PPP chairman added that the Sindh government would introduce it as a special subject from class sixth to create awareness among children.

“We all have to strive for the rights and protection of children because creating awareness among them is not a bad idea. Sindh government had taken ulema and NGOs on board and the chief minister had also constituted a committee to monitor it in which an ex-judge was also included.”

Bilawal further said it was difficult to implement the laws made by the assembly in the past but they were now trying to overcome the weakness.

In reply to a question about policing, he said, “Our stand is very clear that police needs reforms, including accountability.

“Police should not be politicised and the government is now working to reform the department and all political parties will be consulted in this regard.”

He said crimes could only be controlled when awareness was created among the masses along with convictions.

Shehzad Roy, on the occasion, said the Sindh government deserved full praise for introducing life skills formally in the curriculum from the next academic year.

Earlier, the chief minister constituted an 18-member committee under his chairmanship for effective implementation and enforcement of child protection rights.

In this connection, Chief Secretary Rizwan Memon with the approval of the chief minister issued a notification.

According to the notification, the chief minister would be the chairman of the committee while chief secretary, provincial ministers for education and law, adviser to CM on social welfare retired justice Nasir Aslam Zahid, special assistants to CM on human rights, secretary education, IG police, advocate Zia Awan, Sidqa Bari of Indus Resource Centre, Abdul Bari Khan of Indus Hospital, Aahung manager Aisha Aijaz and PeaceNiche chairman Khalid Mahmood among others will be the members.

The committee will meet once a month wherein secretaries for school education and literacy, and social welfare departments will give presentation #KhidmatMainSabSayAagaySindh

Stephen Hawking’s death is a huge loss for science!

One thought on “(PPP) Awareness-Education Vital To Battle Child Abuse”