Press Meet-up for “MorMahal” after the two sucessful episodes. 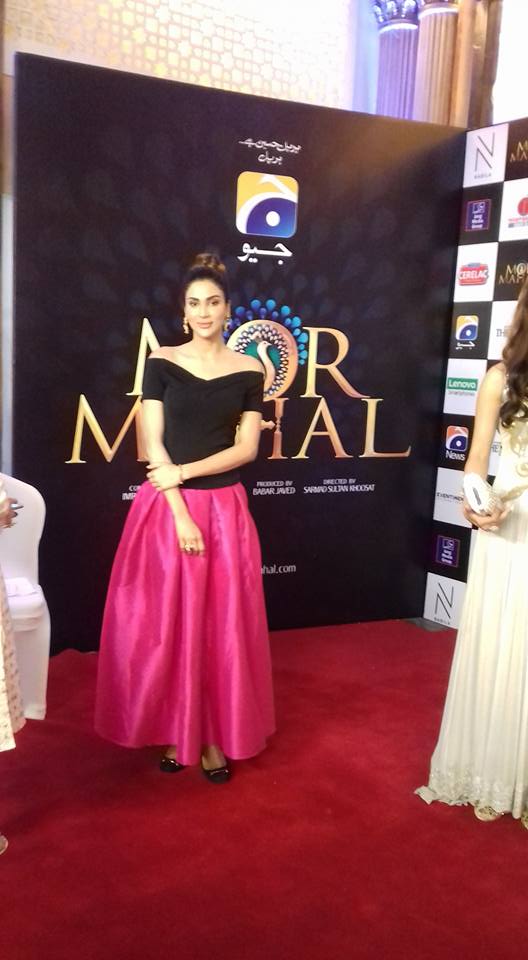 MorMahal is something out of the box in Pakistan’s drama industry; it is the highly expensive drama uptill now, apart from Geo TV it is also aired on terrestrial channel of Pakistan PTV Home. This innitiative needs to be appreciated a lot, as less privilaged and rural audience would be able to see this drama too. The fantasy play revolves around singer/turned actor Umair Jaswal in his first acting role, portraying the Nawab Asif Jahan of the fictional state of Jahanabad and the women of his harem including Meesha Shafi and Fizza Ali; the oracle Sania Saeed and Badshah Begum Hina Bayat Khan. “MorMahal” seccentric story line and the sudden twists and turns of its plot give the audience a taste of royalty, glamour and power-scheming at its primal form. This drama is conceptualized by one of Pakistan’s most creative minds Imran Aslam, the President of Geo TV Network. The drama’s vivid collection of 39 soundtracks, ranging from raags to pop music was also aired for the first time at this conference, after which the floor was open for aQ&A session with the cast.The event coincided with the announcement of 100,000 likes on Facebook for MorMahal, with the highlight of the event being a performance of Shahanshah-e-waqt (OST for MorMahal) by Umair Jaswal.

Following the launch of the sensational and epic fantasy drama MorMahal, Geo TV organized a special meet and greet session with the cast and crew of the Pakistani television industry’s most phenomenal drama on April 26, 2016. The press conference, organized for media personnel and bloggers not only offered the audience an insight into this phenomenal drama, produced by the highly regarded Babar Javed, but also provided the cast an opportunity to share their experience on the sets.

Director Sarmad Khoosat’s MorMahal aired in Pakistan, on Sunday April 24, 2016 on GEO TV’s primetime 8pm till 9pm. Bringing together a combination of the Mughal era with Greek, Egyptian and Turkish aesthetic elements. MorMahal is the most-talked-about and expensive TV production in Pakistani history. The creators paid close attention to each and every intricate detail; from the unique story line to the costumes and aesthetics. The exemplary team behind this showpromises a breakthrough in Pakistani Drama Industry norms, re-defining the process of making a period fantasy with a combination of classical and contemporary techniques.

PR of the event was managed by Raspberry PR & Events.

3 thoughts on “Press Meet-up for “MorMahal” after the two sucessful episodes.”