Purchasing iPhone7 must be a very bad idea, proves analysts

iPhone has no wonder it’s loyal customers, they love sticking to it rather than switching. iPhone is always admired by people but seems like this new version, iPhone7 did not impressed it’s audience the way it used to do.  Early morning when I tune in to BBC, I saw latest research proves which states that, this new version of iPhone failed to achieve sales as much as previously it had. A lot of my friends are willing to get this new phone some even started asking their family and friends to bring it from US. It is always a better idea to read about the features of the product before you are going to purchase that. It is very clear that Apple is facing tough sales on this new version.

“Apple’s rationale for this change that we want too much jammed into our tiny phones – fell flat to me. It’s an annoyance, but one I think we’ll get used to soon enough.” According to Wall Street Journal. 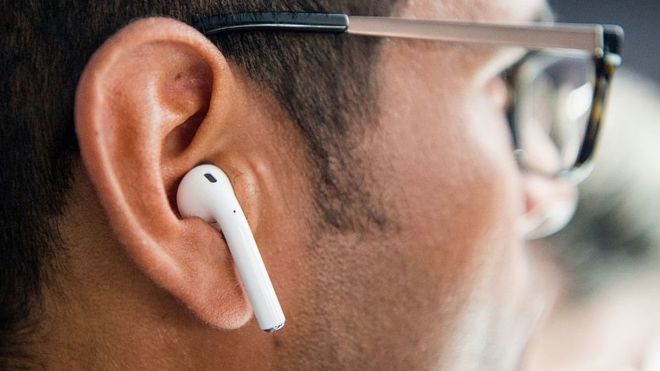 Apple has unveiled its long-awaited iPhone 7, featuring waterproofing, a dual-lens camera and wireless AirPod headphones. Apple has also ditched the 16GB and 64GB models, and introduced a new 256GB model – which has the same amount of storage as Apple’s top-of-the-range iPad Pro. Instead of a headphone socket, users will connect headphones wirelessly or via the lightning socket used mainly for charging at the moment, it has been claimed. They include a new low power OLED screen and eliminating the home button by building the fingerprint sensor into the display, according to people familiar with the matter.

The latest images to surface appear to present this feature not as a button, but as a touch sensitive pad. Sources say the new ‘button’ will be flush with the body of the smartphone, instead of protruding from the bottom bezel, and users will have to perform tapping actions to activate specific functions.

If this feature is implemented, users will have to perform tapping actions to activate functions, like tap and hold for Siri or double tap to see a specific category of apps. And with the new Touch ID, users can expect a much smother and faster experience than they have with their current handset.

“It’s hard to swallow Apple’s use of the word “courage” to describe the corporate ethos that pushed the company to remove the headphone plug… Courage is more often found in, say, running into a burning school to rescue the students and class rodent. Or, maybe, you could call courageous the act of paying the many billions you owe around the world.” According to, The Intercept.