Stephen Hawking’s death is a huge loss for science! 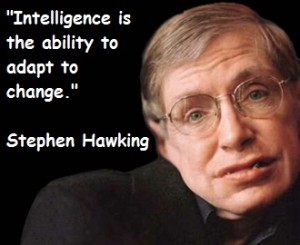 The British scientist was famed for his work with black holes and relativity, and wrote several popular science books including A Brief History of Time. Prof Hawking was the first to set out a theory of cosmology as a union of relativity and quantum mechanics. He also discovered that black holes leak energy and fade to nothing a phenomenon that would later become known as Hawking radiation.

At the age of 22 Prof Hawking was given only a few years to live after being diagnosed with a rare form of motor neurone disease. The illness left him in a wheelchair and largely unable to speak except through a voice synthesiser.

In a statement his children, Lucy, Robert and Tim, said: “We are deeply saddened that our beloved father passed away today. “He was a great scientist and an extraordinary man whose work and legacy will live on for many years.”

He spoke to the BBC’s Science Correspondent Pallab Ghosh in 2017 about what he wanted most to celebrate his 75th birthday. Hawking’s death last week was met with tributes from around the world.

The past, like the future, is indefinite and exists only as a spectrum of possibilities. Stephen Hawking